Anyone who encountered his numerous mixtapes can tell you that before his official debut landed, rapper/producer J. Cole had spent some time bringing the whole Drake, Wale, and Big Sean style to a more street level. It’s worth mentioning because Cole World: The Sideline Story has little of that debut desire to cross over, and while the multi-talented Cole is a skilled, interesting beat-maker in his own right, a superstar production would have certainly made this album more approachable. Instead, No I.D. -- the biggest behind-the-boards name here -- turns in a sluggy, druggy construction for “Never Told,” Cole's deep, rich study of father/son confidence. Cole handles most of the rest on his own, turning in B+ stabs at dubstep (“Mr. Nice Watch” with guest and label boss Jay-Z), indie-hop (“Cole World” or “flossin’ with a laptop”), and his own humbler version of the Roc-A-Fella sound (the great single “Lights Please”). Add an “Intro” and then a part III -- the first two parts to be found on earlier mixtapes -- and you’re practically telling the aboveground crowd they’re stale from the start, but the tradeoff is a talent that has matured in the underground and is free of any forced outside influence. Cole’s fantastic style shoots off bold punch lines one minute (“I blow brains, Cobain-style”) and then goes deep the next, with equal skill and all while stringing together eye-level, real-life stories that have that classic flow. The reservation count is high and the flaw count is zero, and in this case, that’s the proper formula for a rich hip-hop album. Take a couple listens, let it sink in, and then discover that Cole World is one hell of a debut. Although he rarely shows it, the pressure on J. Cole to deliver a classic debut album is along the lines of the pressure a superstar basketball player faces when the ball is in his hands with his team down by one during the final seconds of a championship game. The title of Jay-Z’s protégé doesn’t exactly ease the load either. But unlike his mentor, J. Cole does not bring that superstar player persona to the mic, he spits from the perspective of someone watching the game from the sidelines, hence the name Cole World: The Sideline Story. While his peers are rapping about the glitz and glamor of the limelight, Cole consciously takes a step back as his music speaks more to the average Joe than to the extravagant lifestyle of a your typical rapper. This is exactly why many people are drawn to J. Cole and Cole World: The Sideline Story is an excellent example of him addressing an array of relatable subjects too seldom discussed in today’s rap music. Something Cole is able to do in commendable lyrical fashion. However, a few obvious attempts at making records that falsely portray himself as more of a “superstar” rather than the genuine MC that he is make the albums preconceived status as a classic debatable. 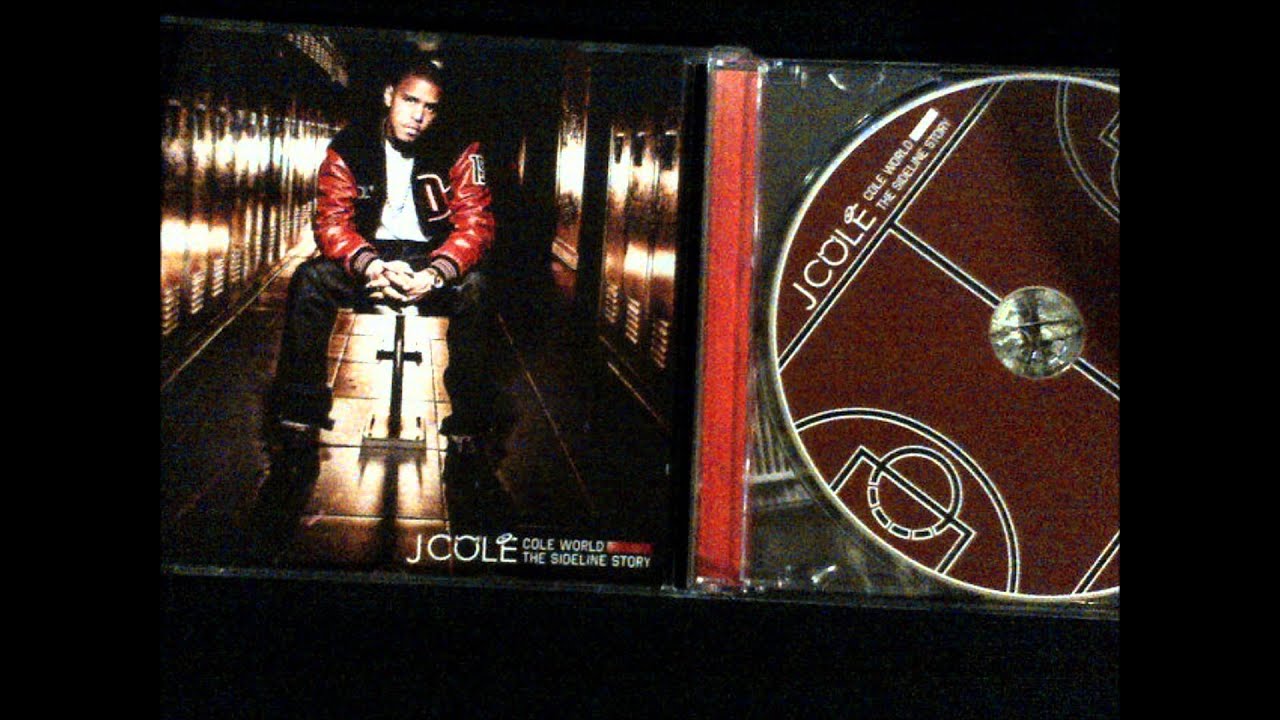 It’s no surprise that the songs where J. Cole tries to be a superstar are singles like “Can’t Get Enough” featuring Trey Songz and “Work Out” where he impressively flips a sample taken from Kanye West’s “New Workout Plan”. But the most interesting example of Cole’s identity crisis is on “Mr. Nice Watch”, the joint where Cole copped that oh so precious Jay-Z feature. As usual, Hov kills his verse, but the rest of the track is somewhat puzzling as the technoish dubstep beat sounds like something you’d hear at a rave, not on a J. Cole project. The lyrics are just as out of place as the beat when Cole tries to pull of his best Jigga impersonation with the line “No more Mr. nice guy / Hello Mr. nice watch”. Who are you kidding Cole? Jay might be Mr. Nice Watch, but you’re totally Mr. Nice Guy and its written all over the rest of the album.

With that being said, the rest of Cole Word: The Sideline Story is much more honest and real, which in Cole’s case makes for much better music. Cole gets real personal on tracks like “Breakdown” where he breaks down his relationship with his father (or lack there of) and even mentions watching his mother abuse drugs when he was a kid.

One of the most admirable aspects of Cole World: The Sideline Story is the way that J. Cole deliberately spits about sex and women. On the song “Lights Please” Cole attempts to educate a women who is riding the slut wave about life love and relationships, but finds himself in a hypocritical position when he falls victim to her sex appeal. The song is best summed up by the lines “So I tried to show her about the world and just who we really are / And where we’ve come and how we still have to go really far / Like baby look at how we like broke on the boulevard / But all she ever want me to do is unhook her bra / Then all I really want is for her to go down low / Before you know it she was wet enough to get drowned slow / And all that deep shit I was previously down for / Replaced by freak shit I am currently down for”.

Perhaps drawn from some of his experiences he describes on “Breakdown”, on the final verse of “Lights Please”, Cole goes on to spit the following insightful and noteworthy bars “And ain’t it shameful how n*ggas blame hoes for givin’ birth / To a baby that took two to make / Coward n*gga you a fake / How you gon’ look in your sons face and turn your back “.

J. Cole continues to drop similar knowledge on the tracks “Daddy’s Little Girl” and “Cheer Up” on which he borrows the line “I wake up in the morning and I ask myself / Is life worth living should I blast myself” from his favorite rapper Tupac Shakur’s “Changes”. However Pac’s influence on Cole runs much deeper than merely quoting one of his rhymes, as the song “Lost Ones” is pretty much Cole’s version of Pac’s classic “Brenda’s Got a Baby”. On an album full of great songs that address women, “Lost Ones” is easily the most emotional and arguably the best as it deals with subjects like premature parenthood and abortion.

Other tracks that are worth mentioning include “Dollar And A Dream III”, the title track“Sideline Story” and of course the one joint where Cole is able to blend his relatable lyrics with shades of a potential superstar type of hit, “In The Morning” featuring Drake.

Chemistry 12mr. b. quast's website mount douglas secondary results. If Cole World: The Sideline Story dropped at this time last year, or around when Friday Night Lights was released, I might be more inclined to call it a classic. But ever since he popped up on the scene a couple years ago, J. Cole has spoiled his fans with incredible music to the point where it has become inevitable to expect some sort of growth and evolution that is not really heard on Cole World: The Sideline Story. For example, “Lights Please” is right up there as one of the best songs on the album and it first came out over two years ago. I don’t want to say that J. Cole set the ceiling too high for himself on this one, but when your expected to perform like Kobe and only put up Joe Johnson numbers then one has the right to be critical. Don’t get me wrong though, the conscious commentary that Cole brings to the table with this project is exactly what Hip Hop needs more than anything in my eyes. However, when you are the apprentice and your Jedi master is the Yoda of the rap game, that isn’t quite enough. You are expected to be great, and right or wrong, you are expected to be a superstar. This album proves that J. Cole is great, but he has yet to live up to his superstar potential.