Sorcery! is a series of text/graphic adventure video games developed by Inkle for iOS, Android, and Steam having been first released on May 2, 2013. The games are based on Steve Jackson'sSorcery!gamebook novels: a four-part spin-off series of the larger Fighting Fantasy series.

‎An epic adventure through a cursed wilderness of monsters, traps and magic. Begin your journey here! (Parts 1 and 2 not required.). Rock Paper Shotgun best RPG of 2016. 'Sorcery! 3 is unlike anything you’ve ever played. Its mix of puzzle-solving, combat, and choose-your-own-adventure styling. INTRODUCTION TO CHAOS MAGIC, Parts 1+2 In this two-part 2×4 hour course on 4th and 11th July at 2pm Dave Lee and Niki Hughes will provide a comprehensive introduction to basic Chaos Magic. There is possibly no better introduction as Dave wrote on of the most accessible and thorough books in the field of Chaos Read more about Online course.

The games are text-based fantasy quests based on Steve Jackson's choose-your-own-adventure novels, and incorporate visual and interactive elements not present in the gamebooks.[1][2] They also contain expanded content vis-à-vis the original gamebooks - the first entry, The Shamutanti Hills, featuring the fewest such expansions; the last The Crown of Kings, the most. Additions include a different combat mechanic that includes turn-by-turn energy, the inclusion of your spirit animal, and spelling out names of spells from a star sky.[3] The third entry, The Seven Serpents, significantly expands the adventure by adding a whole new layer where the map is explored in two intertwined time lines.[citation needed]

The first entry Sorcery!: The Shamutanti Hills was released by Inkle in May 2013 on the iOS App Store[4] and was a 'Game of the Year' finalist for TouchArcade,[5]Mashable,[6] and Gamezebo.[7] The subsequent iOS releases were Sorcery! 2: Kharé - The Cityport of Traps in October 2013, Sorcery! 3: The Seven Serpents in April 2015, and Sorcery! 4: The Crown of Kings in September 2016.

The first and second parts of Sorcery! were released as a single volume onto PC and Mac through Steam in February 2016.[9]Sorcery! 3 and Sorcery! 4 were released in April and September 2016 respectively.[10]

The game's innovative style of gameplay was lauded upon launch from outlets such as Hardcore Gamer, writing: 'Sorcery! is one of the best games that this reviewer has played on the iPhone and iPad, offering a plethora of options and an excellent story.'[14]IGN gave similar praise, adding: 'Sorcery! relies on the often-ignored power of strong writing, and it’s better for doing so.'[15] It has a Metacritic score of 85 out of 100 based on 13 critic reviews.[11]

The series's second entry had a noticeably similar aesthetic to the first, with Slide to Play mentioning how 'Sorcery! 2 isn’t doing much different',[18] and MacLife making it a point to say 'Sorcery 2 continues the adventure with very little iteration, but it’s built on a strong foundation that remains charming.'[19] Other critics agreed noted that the game was still different enough to be worth it to returning fans, with 148Apps's review reading: 'Building upon the success of its predecessor, Sorcery! 2 is a gripping and well told story of intrigue and adventure, amongst some great game features.'[20] It has a Metacritic score of 88 out of 100 based on 10 critic reviews.[16]

After a longer break in between entries, the series's third game is perhaps best summarized with TouchArcade's review: 'Sorcery! 3 is easily the biggest and most robust gamebook inkle has produced to date. It offers all of the strengths of the previous chapters and builds a ton of improvements on top of them .. it's hard to imagine how they're going to top this for the concluding chapter, but I guess we'll find out whenever it's ready.'[22] Gamezebo once more had praise for the Sorcery! series, remarking that 'this is once again a seminal moment in interactive fiction.'[23] It has a Metacritic score of 90 out of 100 based on 10 critic reviews.[21]

Upon release of what is thus far the series's concluding entry, critics still found Sorcery! 4 iterative and fresh with Rock, Paper, Shotgun calling it 'utterly fantastic' and 'a towering triumph'.[26] Richard Cobbet characterized the game in the same light, proclaiming Sorcery! 4 to be 'easily the most crazily advanced, ambitious CYOA ever put to page or screen'.[27] It has a Metacritic score of 89 out of 100 based on 7 critic reviews.[24]

INTRODUCTION TO CHAOS MAGIC, Parts 1+2 In this two-part 2×4 hour course on 4th and 11th July at 2pm Dave Lee and Niki Hughes will provide a comprehensive introduction to basic Chaos Magic. There is possibly no better introduction as Dave wrote on of the most accessible and thorough books in the field of Chaos Read more about Online course – Introduction to Chaos Magic[…]

On this course, you will learn to breathe in a continuous cycle which will nudge aside the internal monologue and put you in the present moment, in your body, in feelings. You will learn to appreciate whatever is there, just under the surface of your thoughts, and so to achieve bliss states much more readily. Read more about Online course – Introduction to Connected Breathwork[…]

The next Magic, Witchcraft Chaos and Beyond workshop will be our first online offering, and will consist of Anwen Fryer and me presenting An Introduction to Rune Magic. In this 4 hour workshop (with breaks) I pass on some of what I’ve learned, through interactive talks, videos created especially for the session and crafting support Read more about Rune Magic workshop online![…]

Obviously, things have to be different during the covid pandemic. The Magic, Witchcraft Chaos and Beyond series of workshops in Sheffield’s Airy Fairy, or at least some of them, will be happening in some online form. Sign up to my Chaotopia Newsletter here for announcements about this and other events, including an entirely new online School of Read more about Season of Plague[…]

My first ever book Magical Incenses, first version was in 1992, has been out of print for a while. It’s now available in a smart new Amazon edition from here, and as a Kindle edition here. This book provides all the knowledge you need to make high quality magical incenses for ritual, celebration and meditation. Read more about ‘Magical Incenses’ available again![…]

MAGIC, WITCHCRAFT, CHAOS AND BEYOND 2020!

A whole new programme of workshops – Seven Days of Magic – 7 workshops next year at Sheffield’s Airy Fairy, with the first two being: Jan 18. Crystal Magic 2-6pm Feb 29. Charms and Sigils. Followed by – Collage and Cut-up in Magic. 2-6pm For up-to-date news, subscribe to my Chaotopia Newsletter at https://bit.ly/2DXLAMA and Read more about MAGIC, WITCHCRAFT, CHAOS AND BEYOND 2020![…]

Chaotopia Newsletter, every month or two, has updates on my workshops and events, blog items, podcasts, videos etc. Magic, Discordia, Psychedelia. Sign up at https://bit.ly/2DXLAMA All of this interspersed with pictures to lighten it up.

I’m doing a talk – see the graphic – and also a workshop on collective Chaos Magic ritual technique. If it’s anything like last year’s event, Occulture will be well worth the price of a ticket for anyone interested in contemporary magic. This includes a rare opportunity to catch a workshop by Coral Carte on Read more about Speaking at Occulture Berlin 2019[…]

Are The Discordians To Blame? 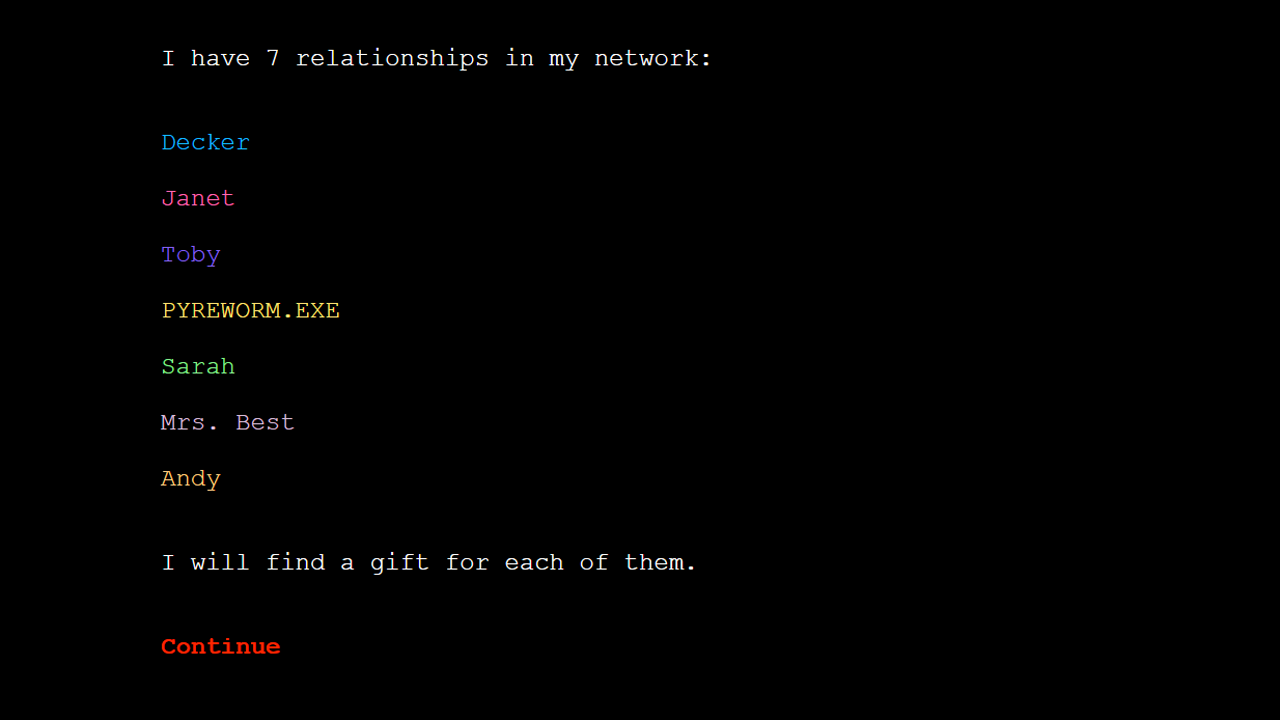 My talk last November at Occulture Berlin, and the full text and pics here on my blog.

Review of ‘The Science of Microdosing Psychedelics’

The magnificent Psychedelic Press Journal #26 is now available. It has the best cover you’ve ever seen and loads of interesting content, including my review of Torsten Passie’s ‘The Science of Microdosing Psychedelics’. You can get it here.

Why do we honour Eris? Some thoughts on my blog. On the Runa-Eormensyl blog‘s Storm-Moon issue, an excerpt from Christopher Smith’s excellent book ‘Icelandic Magic’. Great post on IOT-BIS blog by Frater Kite, on the Welsh spirit-horse Mari Llwyd.

New Audio for Connect Your Breath!

This is for anyone who has a copy of my booklet/CD ‘Connect Your Breath! Breathwork, Ecstasy and Healing’: I have a nice new de-noised version of the CD. If you bought this off of me (it’s only available from this website) and therefore have the old, noisy version, and you would like a free download Read more about New Audio for Connect Your Breath![…]

MWCB#4: Real Magic In The Real World in Sheffield!

The latest in the highly successful series of MAGICAL WORKSHOPS at Airy Fairy in Sheffield will feature CAT VINCENT, ANWEN and me. CAT will be doing a talk on ‘The Urban Cunning‘ and leading a small public ritual. Cat is a great teacher and always delivers a session full of, insight, intrigue, illumination and investigation Read more about MWCB#4: Real Magic In The Real World in Sheffield![…]

The Sacred Mountain and the LSD Helicopter – a talk

This is the talk part of a working I presented at Manifestations, the IOT+friends event in October in Sheffield. A very kind person with much better tech skills than me (and who has chosen anonymity) has kindly improved the sound!

A Happy New Moon to you all! Here is Issue 1 of a blog by members of the Northern Mysteries initiatic organization the Rune-Gild, in particular the English HQ Eormensyl Hall. The first issue presents the first of seven (yes, seven!) episodes of Ingrid Fischer and Ian Read’s ground-breaking work on Germanic Soul-Lore https://runa-eormensyl.com/

I’m speaking on Operation Mindfuck: The Discordian Prank: ‘Over half a century ago Robert Anton Wilson and Kerry Thornley launched a prank called Operation Mindfuck. What they did started a cultural process that has turned reality into silly putty. This ‘reality hacking’ opened up the possibility that we can ‘believe in’ magic again, that magical Read more about magic at occulture berlin[…]

RUNES at Magic, Witchcraft, Chaos and Beyond #3

The next event will be on Sunday 11th November, from 1-6pm. ‘A fascinating, insightful and experiential 5 hour workshop exploring the history, meaning and use of Runes with experienced Rune Mage, Dave Lee. The afternoon will be split into 3 essential parts, Introduction, meaning and uses with an exploration of runes within nature in our Read more about RUNES at Magic, Witchcraft, Chaos and Beyond #3[…]

Chaotopia Newsletter, every month or two, has updates on workshops and events, blog items, podcasts, videos etc. Magic, Discordia, Psychedelia. Sign up at https://bit.ly/2DXLAMA All of this interspersed with pictures to lighten it up. 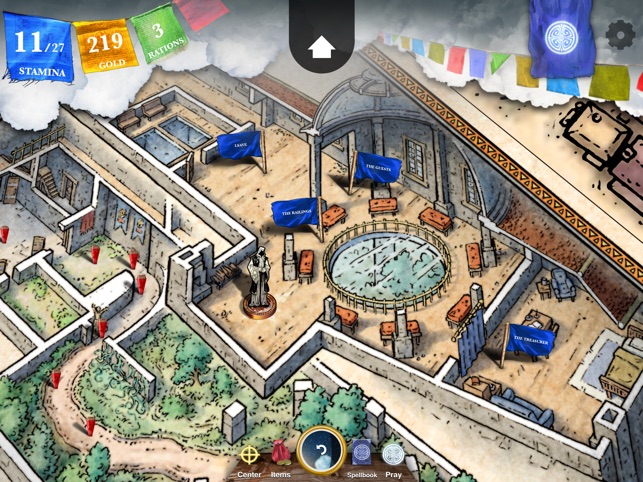 Brian will present The Soul Mirror of The Elements A one-day workshop, 15th September, 11am to 5pm At Airy Fairy, London Road, Sheffield. In this workshop we will learn to understand and empower ourselves by exploring how the four elements operate within ourselves. Malwarebytes portable pro. They are a comprehensive map of all of who we are, on Read more about Magic, Witchcraft, Chaos and Beyond – Day Two[…]

Matthew Belair interviewed me last week here. We had bandwidth issues between Sheffield and California, so occasionally we sound like alien androids. We discussed: – Magic and the power to influence and create our reality – Altered states of consciousness and ways to access them – Bringing magic into everyday life – Exploring breathwork techniques Read more about Interview with Matthew Belair[…]