Hi there, I'm new to Django. I love the contributed ecosystem, but all of the options that I found there for dealing with Markdown were just too heavy. I didn't need a Wysiwyg editor, I just wanted an output filter. As it turns out this is exceptionally easy to do!

Python has a really amazing lib situation, so I just found the smallest python Markdown lib that I could, it's called 'mistune'. Do a pip install mistune.

So within your app, let's call it 'blog', create a directory called templatetags. By the way, this is all pretty easy to parse out of their killer documentation. Create a file in there called markdownify.py.

It is as simple as that. In whatever template you'll actually want to be rendering markdown, you'll need to include this templatetag with

at the top of the template. Then you'll just pipe the output that you want to render like you do in every other template lib ---

The full example of the template that renders this page is here.

So pip install pygments. Then scroll down the page on the Mistune docs and follow along. You'll be adding some code to the markdownify.py file.

That HighlightRenderer class is directly out of the Mistune docs, so thank you Mistune Author! That is seriously all it takes, but you'll need a stylesheet, of which there are plenty. I searched for 'pygments stylesheets' and came across this project, so you'll need to pick one of those themes and get it into your project somewhere. By default, the zenburn theme is expecting the wrapper div to have a CSS class of 'codehilite' instead of what it needs - 'highlight', so a quick search and replace and I had syntax highlighting in less than 5 minutes.

So once you manage your way through all this, you'll be able to use 'fenced code blocks' in your posts. They look like this -- 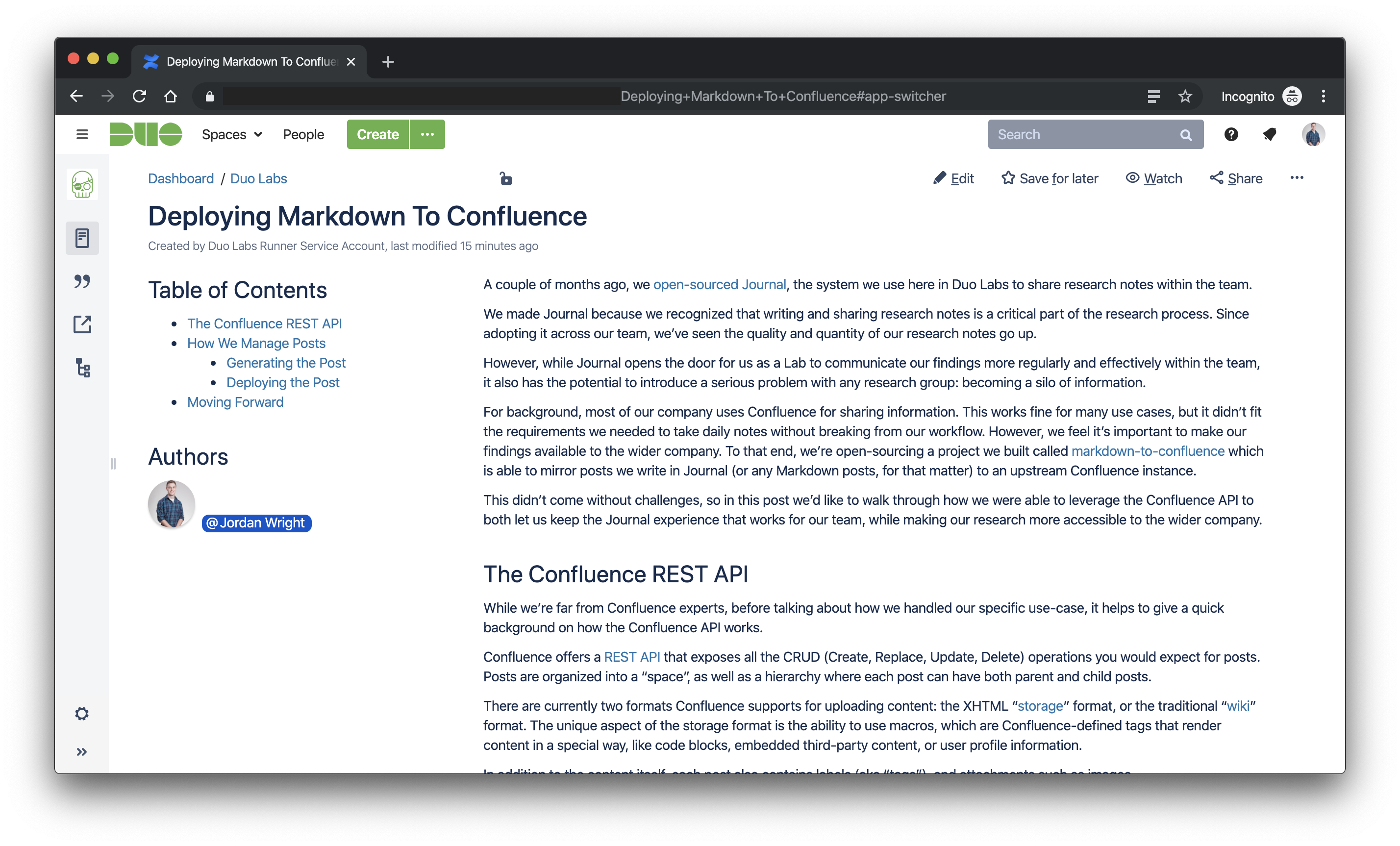 You can use either a trio of tildes ~ or backticks ` to open and close one of those code blocks, and I typically just pass the file extension and it generally works. You can also write out the full name of the language.

Just be advised that it is possible to fatally hose your website if you happen to pass a language for which Pygments doesn't have a 'lexer', meaning that it has no idea how to highlight the syntax of that language. That happened to me with some Varnish config files that I tried to highlight with a .vcl extension on them. I don't remember how I fixed it but I'm pretty sure it required going directly to the database to change the post since my site was toast. You are warned.

Please enable JavaScript to view the comments powered by Disqus.
Comments are closed.