Pathfinder: Kingmaker - Varnhold's Lot Summary You join Varn - as his general - and experience Varnhold's valorous history first-hand; the whole of it, not just the outcome! Pathfinder: Kingmaker Varnhold´s Lot worth it from the main. If it is worth it to take a break from main playthrough and plow through varnholds lot?:). Got a lot of help from the community in general for this walkthrough. It's too massive and complex to go it on my own, so I'm glad there are plenty of people smarter than me able and generous enough to provide things I can't. A lot of my contribution is just assembling all the best information in one place. In any case, I'm glad it's helping you.

This is the main story quest of the fourth chapter, which starts with an event in the throne room. Go to the right part of the map and visit the town of Varnhold. You will not find any human life here, so you will have to fight some foes. You need to reach the fort, enter it and clear all the floors. Then go outside and stumble upon a strange raven. After the dialogue with him, you can leave the location and proceed to the following quests.

At the beginning of the fourth chapter, The Varnhold Vanishing, Lord Hanvaki arrives to your throne room. He will ask you to find his missing brother — Tomin Hanvaki. Head to the Varnhold and discover a place called Shallow Gulch.

Go there, complete the text quest and find the body of Tomin. Return to the capital and talk to his brother again — he should be in the tavern.

Now you need to discover the fate of Hanvaki’s great-grandfather. You will find the quest letter in one of the rooms in the Sepulchre of Forgotten Heroes. No worries, you will visit the location during The Lost Relic quest anyway. Do not sell the letter. Go back to the tavern and show it to Edrist to complete your objective and earn 750 experience points.

Along the Cold Trail

In the Kellid Barbarian Camp location, you will find a Defaced Sister. Talk to her. She will say that if you find her friends, also Defaced Sisters, you will find out what happened in Varnhold. You need to visit three places, preferably in the same order as specified in the quest description (bottom to top). One sister went to the Forsaken Mound. Head down the map until you find the location in between the fork in the road (screenshot attached). Go there, complete another text quest and obtain the Cyclops Incense Burner. The Defaced Sister is dead. You do not need to return to quest givers!

The next location is Sepulchre of Forgotten Heroes. It is closer to Varnhold but is still to the right of it. Open the stone door by saying the magic word you learned from the Defaced Sister. Go ahead and talk to the wounded Brag. Decide if you want to kill him or heal. Push the floor button and go further. Stop by the next button. Note that this one is divided into two colors — green and yellow. Press it to open all the yellow doors. Follow the only available route to the far side, dealing with the enemies on the way. Then click the button with one color (orange). Contrary to all, it will open only one door!

After pushing the orange button, go back to the plate with green and yellow colors. Place one character next to it and go through the opened door (northwest) with the remaining five. Cross the room to get to the far corridor behind the other yellow door (northwest). You have already gone there (and activated the orange button). Now we are interested in the left door, the green one. Use one character to push the yellow-green plate. Nearby doors will close, but you have already passed through them with the other heroes. Follow through the opened door in the far corridor (northwest) with your remaining characters, reach the new button and press it. This blue button opens only one door and triggers a timer — after a few seconds the doors will close again. It is advisable to leave another character here.

Go back to the yellow-green pressure plate. The door to the right of it (northeast) is already open (with an orange button). Head through this door and follow the path until you reach a dead end with blue- and orange-colored doors. The blue door over here can be opened with that very blue button you have seen before. If you go there, you will find two more doors — an orange one and one with three colors (white, blue and orange).

Now return to the yellow-green button, leave one hero here and activate it so that you can enter the next room (northwest). Go there with a part of your squad and press the yellow-green button again. Yellow doors will close, but two other doors in the room will open. You do not want to go into the upper door — it leads to a dead end. What you need is the door on the bottom-left, opposite to the other one. It is not very noticeable, so you could miss it during your walkthrough and think that all of this is just a big dead end.Head through the door, go down and to the left so that you will find a room with another blue button at the end of the corridor. This blue button is only activated once — no need to worry about the timer. 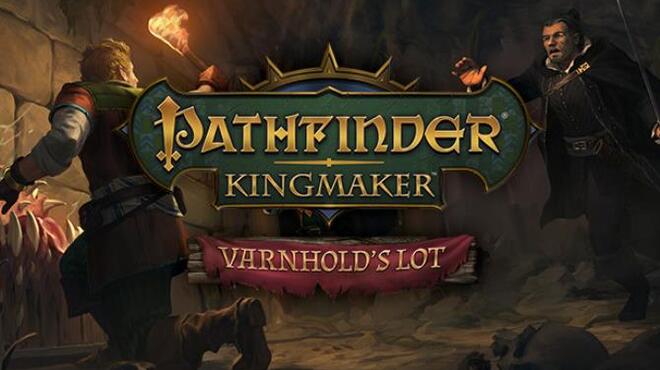 Now follow another corridor and find an orange button in the upper left corner of the map. This one is similar to the first blue button and triggers a timer. Leave a character here and run to the upper right corner of the map to open the orange door. Then quickly switch back to your heroes and enter the room with the barbarians. By the way, here you will find a note for The Lost Brother quest, which tells the fate of Hanvaki’s great-grandfather. Scale of the universe 2another unblocked game site.

Press the white button here. Same as the first white button, it can only be activated once. No timer here!

Gather all of your crew together and go through the blue door by pushing the first blue button in the top room (on the map). Stand next to the triple-colored door. You will need to quickly activate the orange and blue buttons, those will trigger the timer. Then switch to the farthest character and run through the colored door while it is open. There will be a button with three colors behind it. Push it to open all the doors in the dungeon. Talk to the Defaced Sister in the back of the room, defeat all opponents, and then go outside.

The third place to visit is the City of Hollow Eyes. Enter the crypt and talk to the Sister. Turns out there is nothing here but a fake door.

After exploring all three places, return to the Kellid Barbarian Camp. The Sisters will attack you. Deal with your enemies, then talk to Dugath to complete this quest. You will receive 900 XP.

This quest can be taken from Dugath in the Kellid Barbarian Camp. This territory is located on the right edge of the map, on the latitude similar to Varnhold’s, at a T-junction. Go there, pass the test (saving beforehand), and then chat with a character over there to learn about his objective.

Complete Along the Cold Trail quest, where you try to find all the Defaced Sisters, then beat the barbarians so Dugath will tell you where to find the relic. Head down from the camp to find the location called the Valley of the Dead. It is near the mountains. Make sure that you have three Cyclops Incense Burners in your inventory. You will receive them in three different places during the Along the Cold Trail quest.

It is important to note that while the Burners are considered to be quest items, you will have an opportunity to sell them. Do not do this. Moreover, do not sell the incense burners to the merchant in the barbarian camp, as you will probably kill him at the end of the aforementioned quest and will not be able to recover them.

Go to the gates and select the option to use your Incense Burners. Then head to the Vordakai’s Tomb. You are in for a long exploration of the tomb, which has two floors. In the end, you will fight Vordakai and his raven. Defeat them. If you decide to take Tristian with you, he will disappear with the Vordakai’s Eye. Go left and get out of there. Decide what to do with the soul vessels. It is better to free everyone. Then talk to Varn. He will serve you, and Varnhold will automatically join your state as a result. This will be a voluntary annexation, required for the Annexation kingdom quest.

Wait for Tristian to come back, and move on to the next chapter.

More of this sort of thing: