Source: Sixth Tone (10/16/18)
Chinese Gamers Can Now Walk a Mile in Their Parents’ Shoes
Being a responsible guardian is the goal of China’s latest online gaming fad.
By Yin Yijun

A screenshot from ‘Chinese Parents’ shows a couple attending to their pregnant daughter at the hospital.

Since its release just before October’s Golden Week holiday, “Chinese Parents” peaked at No. 2 on gaming platform Steam’s bestselling title list, temporarily outperforming big-budget competitors like “PlayerUnknown’s Battlegrounds.” Developed by Beijing-based studio Moyuwan, the game gives players the chance to have virtual baby boys, raise them to adulthood, and see that they find good careers and partners. (The option to have girls is still being developed.)

Even online, raising a child in today’s ultra-competitive society is no mean feat — and that’s perhaps what makes the game so entertaining, if not addicting. Steam users have awarded “Chinese Parents” an impressive average score of 9 out of 10.

Much of the game’s plot centers around education, one of the chief preoccupations of real-life Chinese parents. To achieve the best possible outcome, gamers have to spur their e-kids on to stellar performances on standardized tests like the gaokao — China’s grueling college entrance exam — in order to gain admission to a top-tier university. Apart from worrying about school, players must also try to maximize their e-kids’ attributes, such as intelligence, athletic ability, imagination, and charisma.

A screenshot from ‘Chinese Parents’ shows the mother commenting on her child’s school grades.

To answer perhaps the most common question posed by new game initiates: Yes, romantic relationships are possible in this virtual world, but only if players are willing to invest an enormous amount of time and energy in them. Instead, the game finds its charm in nuance and detail. Players must balance study with leisure. Force your e-kid to spend too many hours with his nose in a book, and he might crack under the pressure and run away from home. If your e-kid does well in school, you can take a page from your own parents’ playbook and brag about his achievements to your friends, accruing “face” — the personal sense of social prestige that many people in China go to great lengths to preserve. The e-kids, too, are competitive with their peers, vying for leadership roles in their school’s student government.

Unlike in real life, however, having a kid in “Chinese Parents” is much less of a commitment: They mature into adults after around three hours of playtime. When this happens, they’re able to have one e-kid of their own, passing on their acquired traits — and then the gamer takes on the role of parent to the younger generation. According to the official description, the game is an intentional critique of the lack of social mobility in modern-day China: A player might have to raise several generations of e-kids from humble beginnings before they finally achieve success in the world.

The all-too-familiar authenticity of “Chinese Parents” is what many devotees love most about the game. Li Jiaqing, a 25-year-old graphic designer, played almost nonstop for a full day to raise five generations of e-kids. To her, the game is quintessentially Chinese and a nostalgic throwback to her own childhood.

“Being a parent isn’t easy,” Li told Sixth Tone. “I’ve been carefully controlling my kids’ stress levels to prevent meltdowns.” In the game, Li’s character is a domineering tiger mom who rules the household with an iron fist. But she doesn’t think this parenting style is necessarily for everyone, and would like to see more diverse storylines introduced. “Why isn’t there an option for a son who realizes he might be gay?” she suggested.

In response to feedback from players like Li, the developer said it is working on fixing bugs and improving content, and is soliciting suggestions on making the parent-child dynamic even more realistic. “We hope that everyone treats their parents with an understanding and tolerant mind,” wrote Moyuwan, which had not responded to Sixth Tone’s interview request by time of publication.

As China’s media regulator expands its authority over news, movies, and TV shows to also cover video games — and official channels call for playtime limits to curb addiction, campaigns to reduce myopia in children, and a push for products with “positive social value” — more content creators are turning to gray-area platforms like Steam, which have thus far managed to fly under internet watchdogs’ radars.

This page is a stub: it lacks content and/or basic article components. You can help to expand this page by adding an image or additional information. 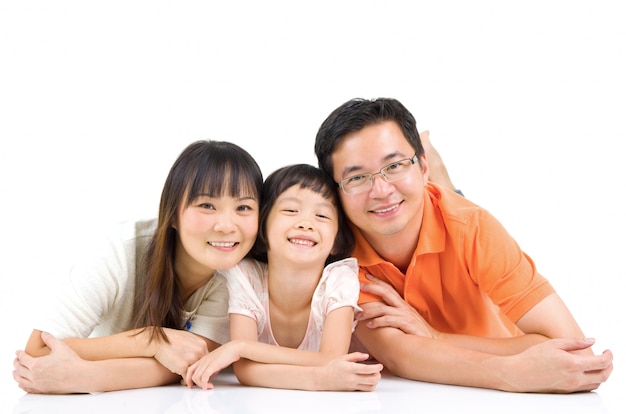